I found this picture on the Just Old Trucks forum, and while I believe it may be a late 1930's Fageol COE I have never seen a Fageol COE of this period like this. The picture was taken in July 1938, and shows trucks of the BIGGE DRAYAGE CO. moving a 16 inch gun tube for a battery Townsley near Oakland, California. 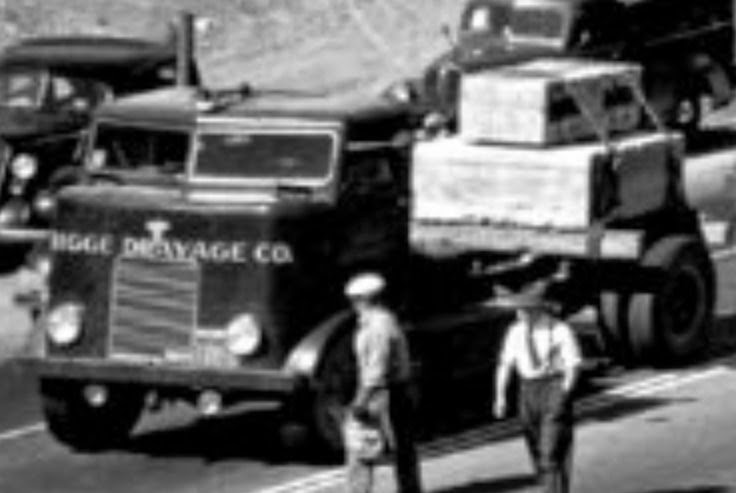 Note that while the main cab screams out FAGEOL, the nose of this truck appears to be more along the lines of an early Peterbilt --- remember though that this picture was taken in 1939, the year Fageol was bought by Peterbilt. 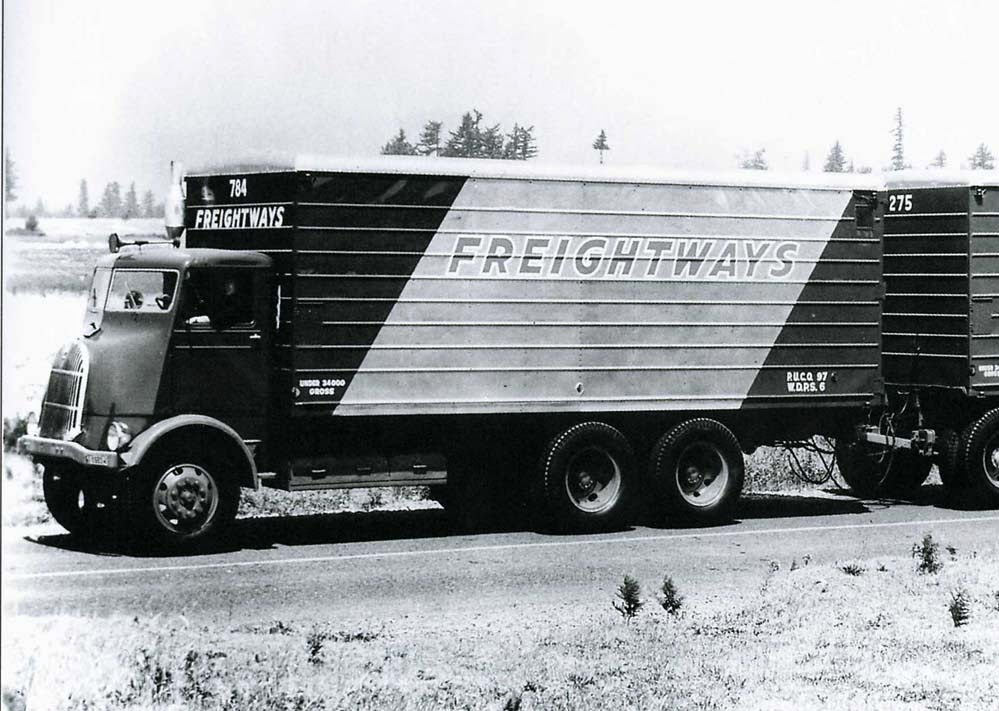 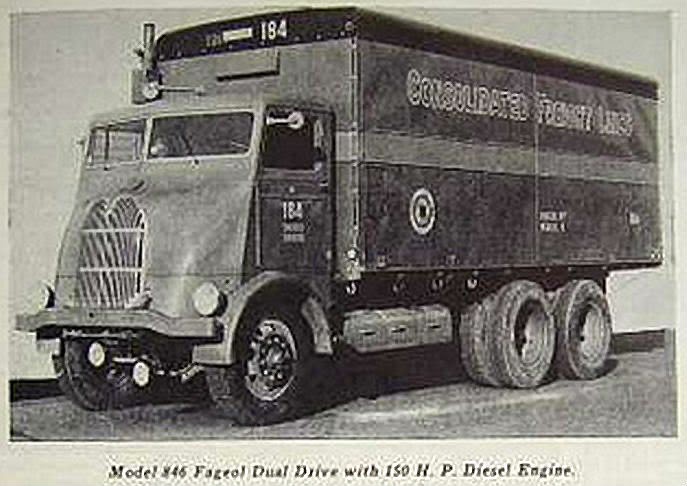 Right away, we can note the similarity of the main cab but certainly there is a difference in the nose. I have read that Freightways did some modifications to some 30 or more Fageols between 1937 -39 -- what were called "Monkey Ward" trucks. Could this be one of those that BIGGE got their hands on? Or could this be an unknown model that Fageol made late in their game?

What is your take on this?  Reply to my e-mail -- george@emurphey.com

"The illustration shown on this page originally appeared in the November 1939 number of Diesel Power. Many inquiries were received from readers requesting information in regard to the operations pictured, as well as details of the types of equipment used.
In response to these inquiries, Diesel Power is pleased to print the interesting story dealing with one of the largest hauling jobs undertaken in this country.
When the Bigge Drayage Company of Oakland, California, recently hauled the barrels of two 16-in. coast defense guns, weighing 150 ton apiece, across the mountains to Fort Cronkite, two Diesel trucks played an important part in the operation.
The guns, hauled separately, required six heavy-duty trucks. The important position of lead trucks was assigned to the Diesels, a Fageol chain-drive, cab-over-engine truck, and a Diesel-powered Autocar. Each of the Diesel units is powered with a Model HB-6, 6-cylinder Cummins engine developing 150 hp. at 1800 revolutions per minute.
The moving of these guns was one of the heaviest truck operations ever performed in the San Francisco Bay area. In fact, there have been few heavier jobs in the entire country.
Shipped to Waldo, in Marin County, from an Eastern arsenal, the 70-ft. barrels required a special 12-axle flatcar for the trip across the continent. Jacks and winches were used by a 12-man crew to snake the 16-in. barrels off the freight car and on the trucks, and special shoring was needed to strengthen the Sausalito lateral-underpass structure beneath the Golden Gate Bridge Highway over which the guns had to pass, en route to the fort.
Unloading the barrels from the flatcar and hauling them eight miles up and down six per cent grades, required five days. The actual haul, however, took only six and one-half hours.
Four trucks pulled the record load on the upgrades, and two pushed. On the downgrades, five trucks were shifted to the rear to act as a drag, and so prevent the possibility of 300,000 lb. of steel getting out of control and running wild. There were 40 wheels immediately beneath the load and a total of 90 wheels in all, for the six-truck-trailer fleet.
In addition to the barrels, Bigge also hauled the breech and carriage mechanism for the two guns to the fort. These assemblies weigh 400 ton apiece, but are broken up into smaller, component parts.
Commenting on the Diesel trucks, Henry Bigge said, at the completion of the job; "I am very well satisfied with the performance of the Diesels, and I plan to add several more to my fleet.""