It's a DODGE not a WHITE

So, I've been doing some colorizing of old black and white truck photos and the subject of this post is one of them. According to Hemming's Daily where I found this picture it is a WHITE. When I posted the picture on my WHITE face book group one of the members came back and commented that it was a DODGE, specifically a KH-32 from 1934. 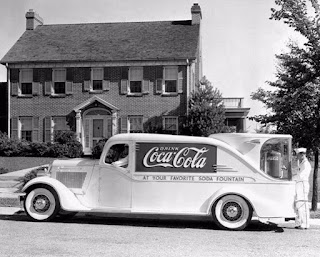 Well, somebody did get it wrong. After some research, I found a picture of this in the January 1935 issue of the COMMERCIAL CAR JOURNAL ---- 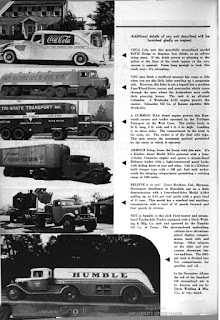 Clearly stated after the build by Coca Cola, this beautiful vehicle was built around a 1934 DODGE K-32. A 1934 issue of POWER WAGON indicates the body work was done by H. McFarlane and company of Chicago,

Below is the colorization I did in typical Coke colors, although another person has done the vehicle in white. 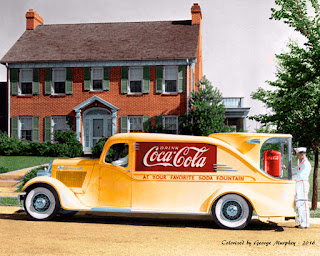 Start spreading the word all -- IT"S A DODGE!!!