This group is about trucks built by the WARD LAFRANCE CORPORATION between 1916 - 1979, this includes military (WWII), OTR, and fire apparatus -- "The Ward LaFrance Truck Corporation was an American manufacturer of trucks and fire apparatus founded by Addison Ward LaFrance in 1916 in Elmira Heights, NY. The company ceased operations in 1979. LaFrance was a relative of the founder of the similarly named fire apparatus manufacturer American LaFrance. Ward LaFrance built tank wreckers for the US military, vans for United Parcel Service, over the road tractors, cement trucks, dump trucks, chassis for buses and trolleys, and armored cars. Perhaps the best known Ward LaFrance product was the P-80 "Ambassador" model of pumper, which was used as the fictional Los Angeles County Fire Department Engine 51 on the 1970s television program Emergency!.

So all you need to join is have a FACEBOOK account, then send a request for membership to --- 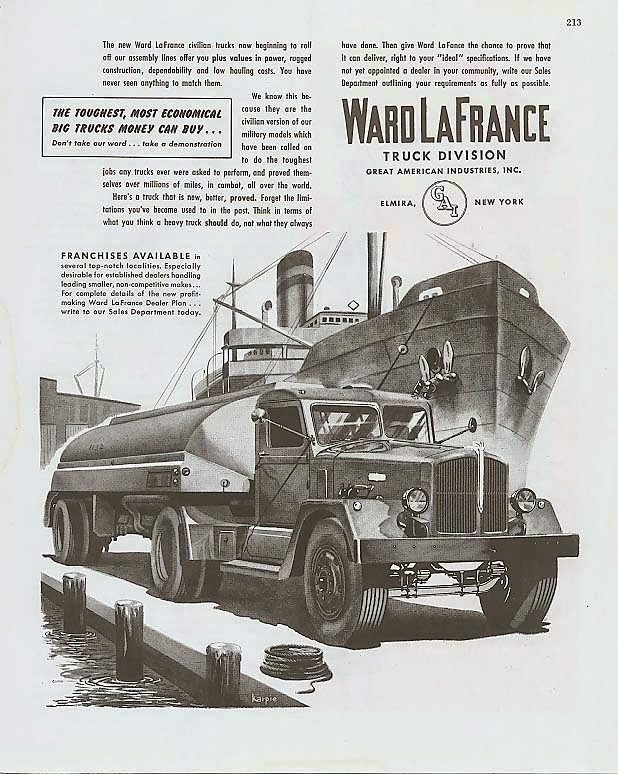 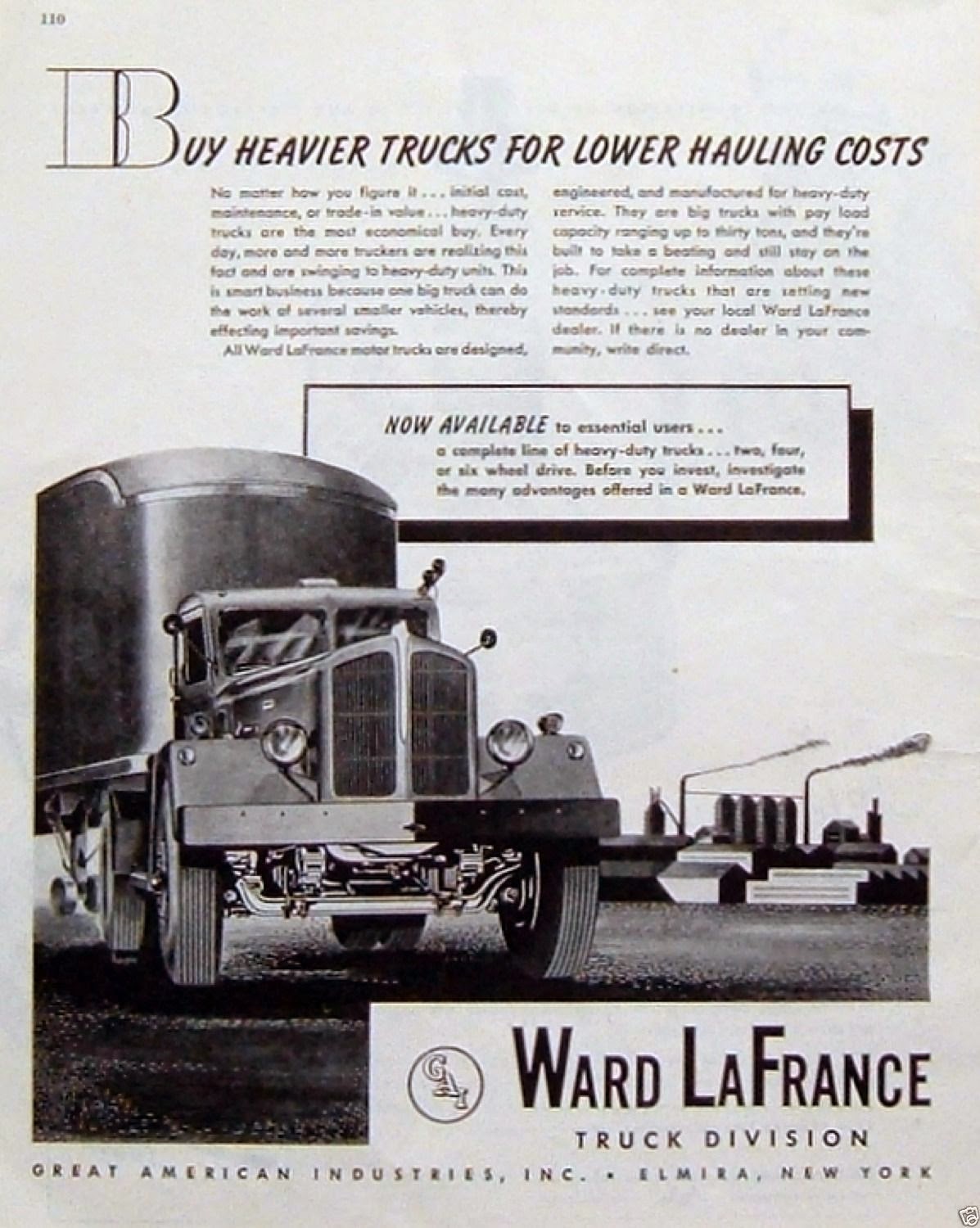 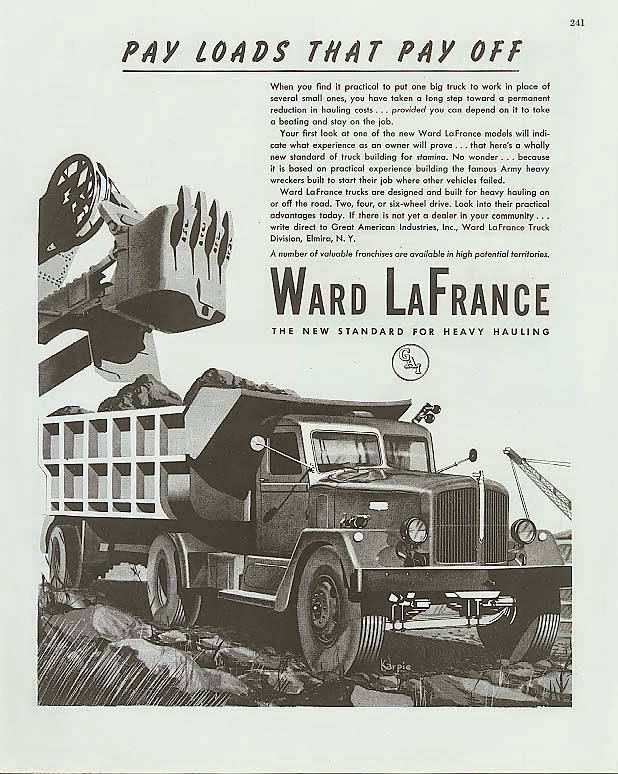